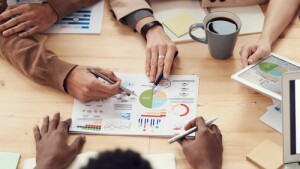 If you have and Employee Stock Option Plan (ESOP) or a 401K plan for your employees you probably also have an ERISA bond.  This type of fidelity bond is required and you are to carry 10% of the plan assets.  The ERISA bond protects the plan against fraud or dishonesty. ERISA stands for the Employment Retirement Income Security Act.  The Employee Retirement Income Security Act of 1974 is a federal United States tax and labor law that establishes minimum standards for pension plans in private industry. It contains rules on the federal income tax effects of transactions associated with employee benefit plans.