Kidnap and Ransom Coverage – Why You need Protection 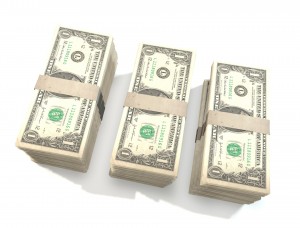 Kidnap and Ransom Coverage
In today’s uncertain political climate, conducting business internationally as well as within the boundaries
of the United States has become more dangerous. If you or your employees travel domestically or overseas, maintain offices outside of the United States, have trade secrets that are vital to the organization or simply use computers, you are vulnerable to kidnap or ransom. Some estimates suggest that more than 30,000 hostile events occur each year and such occurrences are on the rise.
Why you need protection

A little known fact: Out of the more than 30,000 reported kidnappings each year, over 70 percent are resolved by ransom payments.* Yet, even where no ransom is involved, expenses may include the fees for negotiators, investigators, attorneys, public relations professionals, forensic analysts and security guards. In addition, there may be reward money, interest on loans and extensive medical costs not covered by traditional insurance plans.

Kidnapped for ransom – $663,500 The president of a company was kidnapped in the company’s parking lot and held for five days before a ransom demand was paid. The company had no insurance and incurred interest costs of one percent over prime to secure a loan for the $650,000 ransom demand. In addition, they had to pay a $2,000 per day fee plus expenses for an independent negotiator, $500 per day for the recording equipment used to obtain the president’s release, and $200 per day for extra security guards hired to protect the president’s family.

Threat of violence – $4,000,000
A company received a series of threats, including a  photocopy of a gun, notes containing threats of violence against specific employees, and phone calls including recordings of gunshot sounds. The perpetrator(s) initially demanded as much as $50,000 to stop the threats. In addition, a private security consultant was hired to analyze the notes, protect the premises and the threatened individuals, and set up a drop site for the money demanded. The threats continued for over three years without any occurrence of violence. The cost of the private security firm’s activities eventually exceeded $4 million.