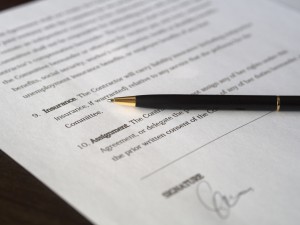 As part of its 10 years revision cycle, the American Institute of Architects (AIA) released in April their revised A201 Family of documents. Eleven forms and contract were revised including:

 A101™–2017, Standard Form of Agreement Between Owner and Contractor where the basis of payment is a Stipulated Sum

 A201™–2017, General Conditions of the Contract for Construction

 B101™–2017, Standard Form of Agreement Between Owner and Architect

 B105™–2017, Standard Short Form of Agreement Between Owner and Architect

 C401™–2017, Standard Form of Agreement Between Architect and Consultant

According to the AIA, among the major changes to the Owner/Architect agreements include:

 Clarification of the difference between Supplemental Services identified at the time of the agreement and Additional Services that may arise during the course of providing professional services.

 Option to add “Termination Fees” when terminated for convenience.

 If market conditions are not reasonably foreseeable that result in bids exceeding owner’s budget, the architect is no longer required to redesign without additional compensation

 One sustainable design exhibit that can be added to any AIA document.

Also according to the AIA, one of the major changes to the Owner/Contractor agreements is a new exhibit with comprehensive insurance and bonds provisions that distinguishes between required coverages such as commercial general liability, auto, workers’ compensation, and employer’s liability coverage and optional coverages such as asbestos abatement liability and insurance for physical damage to property while in storage or transit. Both Owner/Architect and Owner/Contractor agreement recognize the increase use of Building Information Modeling (BIM) and require that AIA Document E203™–2013 be used to establish protocols for the development, use, transmission and exchange of digital data and failure to do so at the user’s own risk. The AIA plans to release another revised 18 forms in the fall of 2017. For more information about the changes in the 2017 AIA Documents and to download comparison of the 2007 and 2017 documents, visit the AIA Contracts Documents website.