Risk of Being a Construction Manager 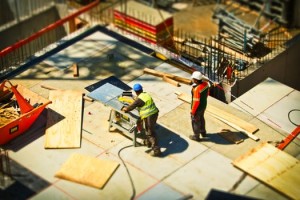 Risk of Being a Construction Manager

While the terms construction management and construction manager (CM) encompass a broad range of potential services and roles within the project delivery process, the ways in which a CM defines and carries out services can have far-reaching consequences with respect to the CM’s potential liability and professional liability insurance coverage. The term CM can describe a general contractor who engages various trade contractors or subcontractors and also provides “front end” services such as constructability review of design documents, value analysis, cost estimation, and scheduling. This form of construction management is commonly referred to as at-risk CM. A second form of construction management involves the performance of purely professional or advisory services as representative and agent of the client. This role is commonly referred to as agency CM, and it is the role more commonly taken on by design professionals as opposed to the at-risk CM role, which is more frequently taken on by general contractors.

Case Study #1
A client and a CM entered into a traditional agency CM relationship on a new church project. However, the CM
also entered into direct contracts with various trade contractors. In the eyes of the client, the CM was an “inspector.”
Other parties to the lawsuit believed the CM acted as the general contractor. The client submitted a list of over 600
defects. The largest items included cracked exterior stucco, improper compaction of backfill, retaining walls that
were built without permits, and drainage issues. The church held the CM responsible for negligently allowing and
approving work that was deficient; paying for work that was deficient; improperly issuing change orders; and
accelerating the project without approval, which resulted in increased costs. A significant amount of effort was spent
determining which exposures fell under the professional liability insurance policy and which fell under the CM’s
commercial general liability (CGL) policy. However, the carrier was the same for both policies. Having PL and CGL
coverage with the same carrier can help reduce the risk of being caught in the middle while carriers debate which
policy should respond. The general liability policy eventually took over defense of the claim and the claim settled
with a payment of $800,000 under the professional liability policy and $500,000 under the general liability policy.
The general liability policy also reimbursed the professional liability policy $653,000 for expenses.
Design professionals providing CM services have greater liability exposure for safety, construction means and
methods, constructability, scheduling, and cost-related issues. The following are examples of claims that illustrate
these exposures.
Case Study #2
An agency CM provided services on a new school project. During construction, an employee of the scaffolding
company was seriously injured when he stepped on a board that broke. He dropped 20 feet and sustained
permanent leg and arm injuries. The CM had a full-time employee on site, and had also signed a contract requiring
that he, “supervise construction and overview safety programs developed by the contractor to ensure that they
comply with general rules of safety.” The injured worker filed suit against his employer, the supplier, the school
district, the sawmill that produced the plank, the wholesaler, the general contractor, and the CM. Although the CM
was not a primary target of the lawsuit, the costs to defend were high, and the plaintiff made a sympathetic witness.
The plaintiff agreed to settle with the CM and the contractors and then pursue the lumber company and the sawmill.
The CM contributed $200,000 to a $615,000 settlement; expenses were $68,000.

Case Study #3
A CM was retained on a jail project that involved multiple prime contractors. The number of prime contracts
made communication and coordination difficult, and several contractors filed delay claims. The prime contractor for
electrical and security/alarm systems filed suit against multiple parties alleging a 13-month delay that resulted in
$1.8 million in extra costs. The CM, acting at the client’s behest, had issued an 82 day weather-related time
extension, but the electrical contractor refused to accept it. Allegations against the CM included failure to coordinate
and delays in approving shop drawings despite contractual commitments to do so within 10 days. The CM settled for
$455,000 and paid $53,000 in expenses.

Case Study #4
A city retained a CM on a reservoir project. Contaminated soil was found on site, and a report was issued by a
soils engineer estimating that 1,500 cubic yards would have to be removed. In fact, 6,000 cubic yards of
contaminated soil were eventually removed. The city filed a $500,000 suit against various parties, alleging that had
the city known the true amount of soil that had to be removed, it would have made other, less expensive, choices.
The allegations against the CM were that the CM should have noted that the specifications were improper and that a
Phase II report should have been requested. The CM’s defense was that he met the standard of care; it was not the
CM’s job to question a soils report presented by other parties. The city would not dismiss the CM or settle separately
until just prior to trial. The CM paid $157,000 in indemnity in addition to over $300,000 in expenses.

Case Study #5
A CM provided services for a school renovation project. The CM’s contract with the school district required him to
adhere to the “highest professional standards.” The project fell behind schedule almost immediately with the
discovery of an old septic field under a proposed bus lot. Further delays occurred when an underground water tank
was found under the location for footings of a new gym. The electrical subcontractor filed a $600,000 change order
request for anticipated extras due to delays allegedly caused by design errors, unanticipated conditions, and the
nonperformance of the general contractor. The request was denied, and the electrical subcontractor left the project.
The school district hired a replacement and put the surety on notice. The first electrical contractor filed suit for
unpaid fees, causing the school district to counterclaim against him and the surety.
Soon, numerous parties were involved in the school district’s $1.8 million claim. The allegations against the CM
were failure to adequately monitor and supervise construction, failure to coordinate the work, failure to exercise the
highest professional standard of care, and breach of contract. The CM had significant exposure, not only from the
contractual obligation to perform to the “highest standards,” but also because a lack of adequate file documentation
made it impossible to determine how well the CM did or did not perform his duties. The claim settled for $400,000
which included a $100,000 contribution from the CM. The CM also paid $155,000 in expenses.

● Clearly define the scope of services as well as the roles and responsibilities of the
other parties. It is especially important to address which entity, the CM or the design
professional, has final authority regarding issues such as design decisions,
interpretation of the documents, responses to RFIs, review of shop drawings,
observation of the construction work, review of the contractor payment requests, and
communications with the contractor.
● The CM’s contract should limit obligations for safety programs and precautions,
construction means and methods, and constructability review, and clearly allocate
these risks to the contractor, its subcontractors, and their insurers. The CM should owe
only the client, as distinct from third parties, a duty on schedule and cost issues.

To get a quote for coverage please contact us at puimich@profunderwriters.com