Being a Construction Manager and the Risk Involved 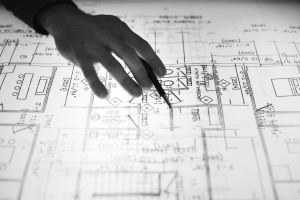 Construction Management- Advisor All professional services, including those of construction managers in the role of advisors (CMa), involve risk that may result in a claim of professional negligence. According to claims data from Travelers Design Professional Liabilty program, the average total incurred cost of closed claims between 2010 and 2016 involving a CMa was over $120,000. For the same time period, the average for the top 25% was over $400,000 and the average of the top 10% was over $670,000. Construction Manager as “Construction Inspection Engineer” Background A construction manager (CMa) was retained to provide construction contract administration services for renovations to the public areas of a project. The contract identified the CMa as a “Construction Inspection Engineer.” The scope of services however was outlined as traditional CMa services. The contract did obligate the CMa to inform the project owner of any unsafe condition discovered at any time during the course of work. The contract also provided that job site safety responsibilities were the obligation of the contractor. During the course of construction, an employee of the general contractor sustained multiple injuries when he fell from a scaffold. The construction worker sued the project owner and the CMa asserting that the scaffold the worker was using was not assembled properly and was unstable causing him to fall. The allegations further contended that there was a lack of guardrails on the scaffold. Because of workers compensation laws, the injured worker could not sue his employer, the general contractor. What Happened The worker sustained substantial injuries and claimed damages in excess of $1,000,0000. The evidence presented demonstrated that the scaffold in question was used throughout the continuation of the work and was assembled and reassembled many times during the course of the work. The CMa did not witness the accident, nor had he been on site that day. However, the CMa had taken pictures where the scaffold without the guardrails can be observed in the background. However, he did not document that in the site visit reports. Attempts were made to remove the CMa from the litigation asserting job site safety was the responsibility of the general contractor not the CMa. The court decided that in light of the use of the phrase “inspection” relative to the CMa’s services in the contract, and the obligation of the CMa to inform the project owner of any unsafe condition the CMa discovered, these facts raised a question for the jury as to the duty of the CMa and whether the CMa fulfilled that duty. Result The matter was settled prior to trial for $870,000 among all parties. The CMa paid over $350,000. The additional amounts were paid by the other parties to the suit. The defense expenses incurred for the CMa totaled over $150,000.

Pay attention to the obligations you take on in a contract. Avoid the general use of the term “inspect” as it may be interpreted to mean a greater obligation than the term “observation.” Further, be mindful of the obligations which you take under the contract when performing construction observation. The language here required notification if any unsafe condition was discovered, however, no notification or documentation was made.

If you would like a quote from Travelers Insurance Company for your Professional Liability please contact us a puimich@profunderwriters.com. We can quote from your current application or you can complete the application here.